What are runoff elections and why are they so important?

If you’ve been listening to the news, or even just scrolling through social media, you’ve probably been seeing a lot about Georgia and the “Senate runoff”. It may have been the first time you’ve heard the phrase “runoff” being used in the political realm. What are these runoffs everyone keeps talking about? Who is part of the runoff? Keep reading to learn more about what runoffs are and what’s at stake for both parties.

What is a runoff election?

In some states, winners for elections are decided by whoever has the most votes. In other states, the winner must have at least 50% of the votes. If none of the candidates is a clear winner, then the top two must go to a runoff where voters vote again to decide who is the winner. Georgia is one of only two states that follow this rule for general elections, (Louisiana is the other). Seven states follow this rule for primary elections only. 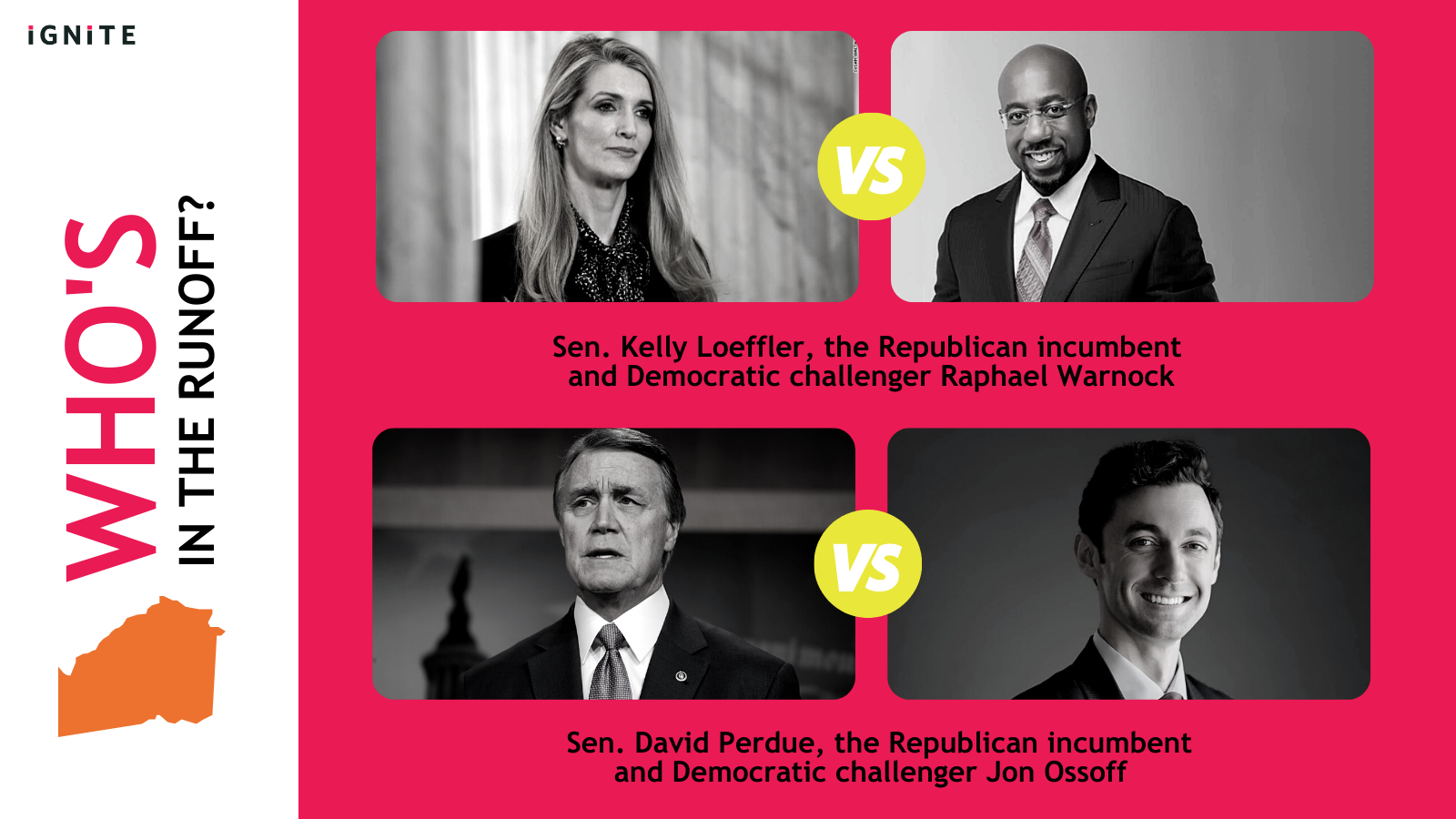 As a result of some very close races in the general election, this is the situation four Georgia candidates find themselves in. On Tuesday, Jan. 5, 2021, Sen. Kelly Loeffler, the Republican incumbent, is facing off against Democratic challenger Raphael Warnock. Meanwhile, Sen. David Perdue, the Republican incumbent, will be facing off against  Democratic challenger Jon Ossoff.

What does it take to win a runoff?

As with all elections, campaigning is a key component to winning, but it’s even more important for runoffs that follow a general election. For runoffs to be successful for any candidate, they have to reinvigorate their base and continue the campaigning they’ve been doing for months on end. The unique situation these candidates find themselves in this year is that their base just experienced one of the most interesting (and intense) elections spanning almost five days.

Another key component is fundraising. It takes quite a lot of work to raise money to campaign, but with what’s at stake for both parties, they’ll be putting everything they have into these runoffs. In fact, these races are projected to be the most expensive contests in Georgia’s history.

The bottom line is that these two runoffs will determine which party has control of the Senate, which is why the nation has turned their attention to “the peach state”, which some might say just became “the swing state”.

How can I get involved?

If you’re a 17-year old residing in Georgia and you turn 18 by January 5th, you’re eligible to vote in the runoff election. Register to vote here, check your voter status here and keep these deadlines in mind: 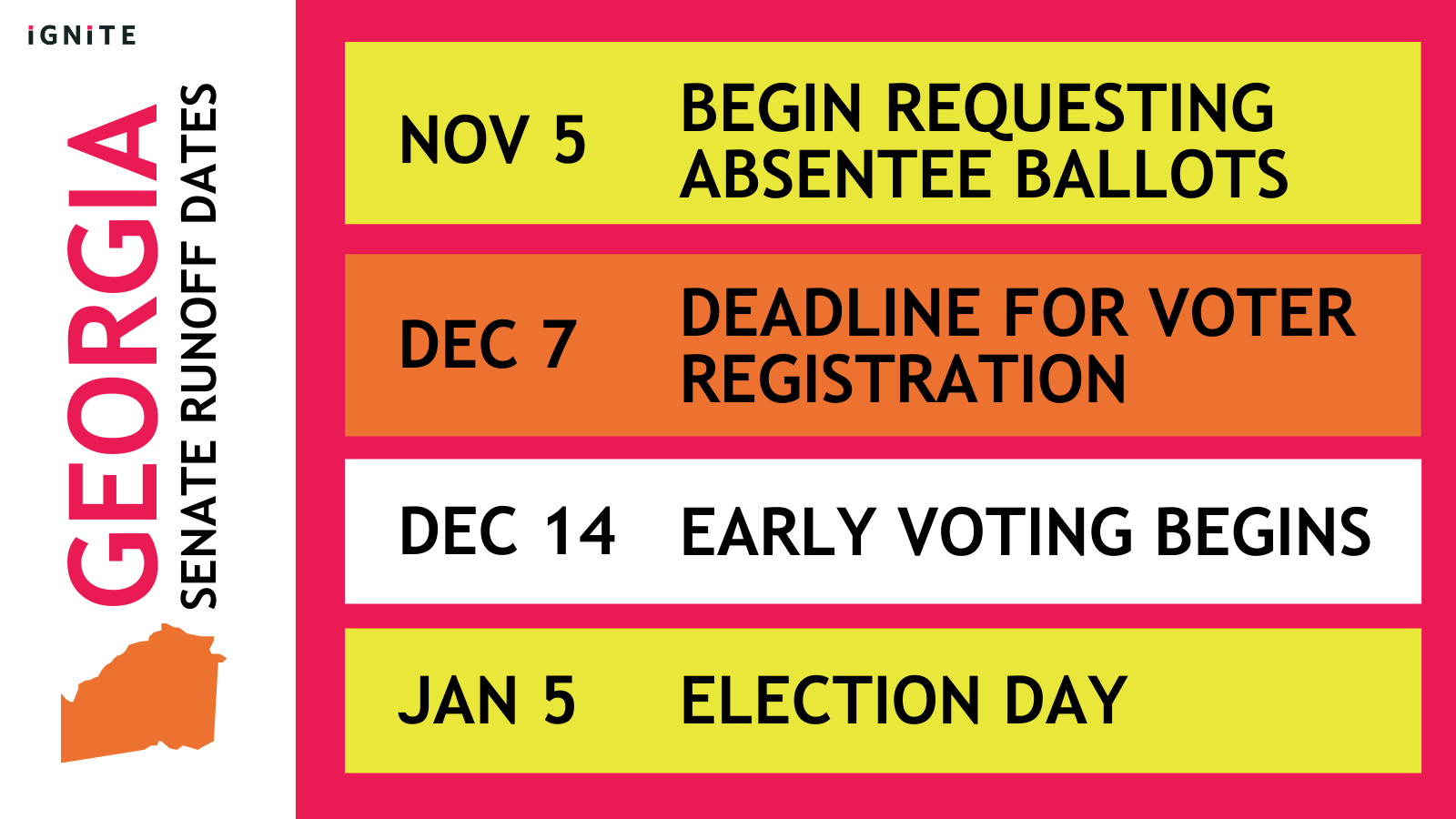