The History of Womxn in Pants

Pants. I was two points away from receiving the 1st place trophy from a local Congressional debate tournament. The reason I missed those two crucial points was because a judge marked me down for wearing pants. This infuriated me. I could understand if my logic was unclear or if I was speaking too quickly during the round, but my attire was professional—I stole it from my mom’s professional closet. That is when it became distinctly clear to me that the judge demeaned my persuasive skills because of who I am: a womxn. He wanted me to wear a skirt, instead of pants--and that made all the difference. Pants are still a controversial article of clothing for womxn since it exudes masculine power.

Despite the passage of Title IX of the Education Amendments of 1972, which granted girls the right to wear pants in public schools, womxn in the workplace faced discrimination for engaging in the same activity. Womxn in the Senate could not wear pantsuits, until 1993. Admittedly, it was not illegal for womxn to wear pants on the Senate floor, but it was an unspoken rule that womxn must “dress appropriately.” This was coded language for womxn to fulfill the old virtues of womxnhood: purity, piety, domesticity, and submissiveness. If they did not fulfill this unspoken social requirement then they would be rejected access to the Senate floor by doorkeepers, who were often men that would judge each politician’s clothing. Then Senator Barbara Mikulski stepped in and paved the way for womxn to wear pants.

In addition to womxn claiming power through pantsuits, Hillary Rodham Clinton championed the pantsuit. She became known as the First Lady who wore pants in her presidential portrait. This was a first in American history, which caused her likeability in public polls to suffer. However, there is no doubt that her wearing pants in the submissive role as First Lady donned upon her as a way to garner equal political footing to her male rivals. Essentially, what makes pants significant for womxn is that they rectify the inequalities womxn face in the workplace. So, it makes sense that there would be backlash from those afraid of a change of perspective.

Kate Kershner’s article “Masculinity Is Considered ‘More American’ Than Femininity” metrically observes the most political reason why womxn should and do wear pants. She states that, “According to new research, it’s not just minorities who are seen as less American—more than half of the American population is.” This half of the American population is womxn. Therefore, womxn—more namely politicians—wear pants in order to emulate masculinity, which is inherently American.

Kershner continues that, “It’s ironic that femininity is seen as ‘less American than masculinity,’ while womxn are often dinged for adopting masculine characteristics. . .” Due to this subconscious and collective thought Americans share, there has historically been a lack of political opportunity for womxn. Within the study, people were more likely to name exemplary American men than womxn seven times over. This statistic is even more notable among men.

Historically speaking, we would be remiss if we forgot about the many political activists’ clothing of choice. The first group of activists were during the womxn’s suffrage movement. The political significance of pants emerged once Amelia Bloomer wrote her 1851 article in The Lily, a temperance and abolitionist newspaper at the time. She contended that it was time womxn freely choose what to wear. She included her reservations about the negative health impacts corsets had on womxn. 15 years later, Doctor Mary Walker was arrested for wearing pants; all the while, she was one of the few womxn with an active role as a surgeon in America. She continued her political endeavors exclaiming that the numerous petticoats not only restricted a womxn’s freedom of movement, but also collected enough dirt to raise health concerns; “The greatest sorrows from which womxn suffer today are those physical, moral, and mental ones, that are caused by their unhygienic manner of dressing!”

Spanning from the 1920s until the 1950s, Mexican-American womxn were motivated to wear pants to defy rigid gender norms. These womxn were called pachucas. They defied social norms, emerging as a new generation of Mexican-Americans. This is due to the emergence of the zoot suit, which was a baggier version of the pinstripe suits originally seen on jazz musicians, which symbolized freedom and rebellion. Despite these powerful attributes, womxn in zoot suits are rarely talked about in academic circles. Catherine S. Ramierz attempts to make up for this moment in history as she has interviewed pachucas and has written their legacy. She argues that U.S. wartime and the Chicano movement rejected the pachuchas because of their gender identity. Even today, there is little academic acknowledgment of the pachucas and what they stood for. Instead, the zoot suit only became a racialized and dark history of Los Angeles rather than a symbolic piece of liberation.

Two points. I lost my congressional debate tournament by two points, but like Barbra Mikulski, like Hillary Clinton, like Mary Walker, and like the pachucas, my pants have made all the difference for my sisters. As Maya Angelou once said, “Each time a womxn stands up for herself, without knowing it possibly, without claiming it, she stands up for all womxn.” 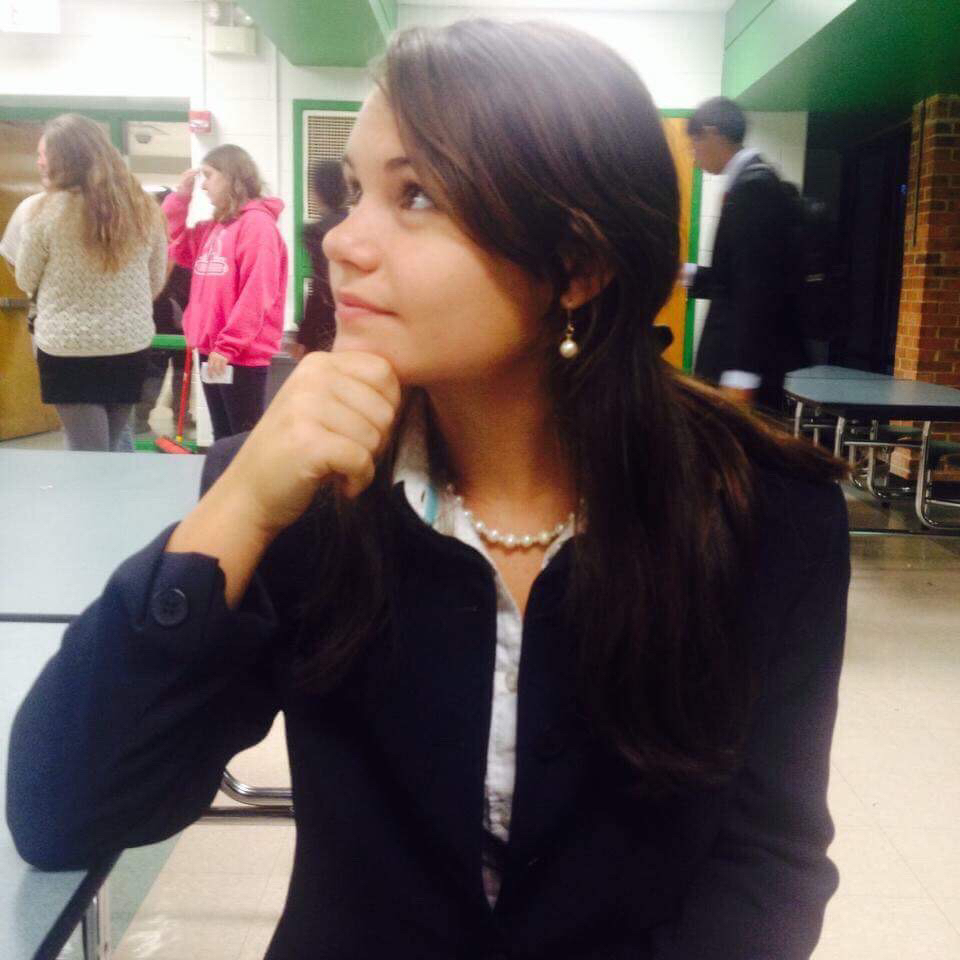