I got my Ph.D. at age 29. In the four years it took me to earn the degree I was trained in research methods and statistical analysis, I worked on a number of large-scale research studies, I co-authored articles, I designed and implemented original research, and I wrote a 150+ page dissertation. I have never led with the title. In fact, I rarely use it. 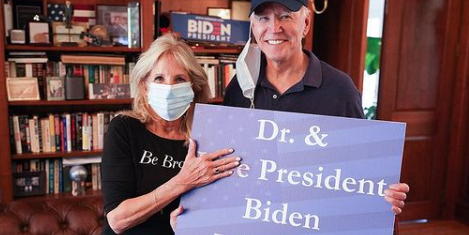 Thanks to Joseph Epstein's op-ed in the Wall Street Journal I've finally questioned why.

My first job out of grad school was as Director of Research at a social service agency, where I was hired to design a federally funded evaluation of the county's transition to a new welfare system as mandated by the 1996 welfare reform act. I was young and more credentialed than my older male colleagues. 'Do you feel sooo much smarter than me?', said with an ironic sneer, was a question I learned to smile through. Followed by more jobs, with more of the same.

Actually, I did not feel so much smarter than these guys. What I felt was humiliated, and sometimes scared. Which was the point.

I got a Ph.D. because I was interested in policy and I wanted to do research and teach. But it was clear that my accomplishments made others (mostly men) feel uncomfortable about themselves, and that discomfort spilled onto me in ways that were mean-spirited and hostile.

I'm older now, and I don't especially care how people respond to me (a wonderful function of age). But as someone who has devoted her career to asking young women to run for elected office, I am horrified that these opinions still get air time, and in illustrious newspapers no less. If a woman with a Ph.D. engenders hostility, is it any surprise that a young Congresswoman gets called an f-ing bitch, or that a female Governor is nearly kidnapped and murdered? There is a dotted line between these facts, and those who fail to see it are either willfully ignorant or fools.

The other great thing about age is that I say what I think, which is this: I have never met Joseph Epstein, but his op-ed is the critique of a weak ego-ed man who feels uncomfortable about the fact that he has achieved less than Dr. Jill Biden.