The Honorable Annise Parker spent many years in service to the people of Houston, America’s 4th largest city, with six years as a City Council member, six years as City Controller, and six years as Mayor. She is one of only two women to have been elected mayor, and is the only person in Houston history to have held the offices of council member, controller and mayor. She was the first openly GLBT mayor of a major American city.

Congresswoman Sheila Jackson Lee is an influential and forceful voice in Washington.  She is serving her eleventh term as a member of the United States House of Representatives. She represents the 18th Congressional District of Texas, centered in Houston, which is the energy capital of the world.  Considered by many as the “Voice of Reason”, she is dedicated to upholding the Constitutional rights of all people.

Dr. Valschkia Dabney is vice president of centers at Lone Star College-North Harris. Dr. Dabney oversees faculty, staff and student success initiatives, as well as all operations at the LSC-Greenspoint and LSC-Victory Centers.

Dr. Dabney brings more than 25 years of experience in higher education to LSC-North Harris. She previously served as the associate dean of the college-to-careers program at the City Colleges of Chicago. Prior to relocating to Illinois, Dr. Dabney dedicated more than 20 years of her career to supporting students enrolled in academic and workforce education programs in the Greater Houston area, including five years of service at Lone Star College. She was also the former director of training and professional development for the San Jacinto College District and director of P-16 Initiatives at Blinn College.

Franklin earned a B.A. in English with a minor in criminal justice from Florida Agriculture and Mechanical University. She went on to receive an M.S. in sports administration from Lynn University and a J.D. from the Thomas M. Cooley Law School.Upon graduation from law school, Franklin moved to Houston to serve as an assistant district attorney for Harris County. In 2006, she began a private law practice that she maintains today.

Franklin is also a motivational speaker and an adjunct instructor at Remington College in Houston.

Robert Glaser is a native Houstonian, currently living in the Rice University area, only a few blocks from his childhood home. A product of the public education system, he attended Poe Elementary, Lanier Middle School and graduated from Lamar High School.

Glaser founded a Houston-based energy services and manufacturing company more than 25 years ago. His operations include both domestic and international customers.

He says his vision for HCCS is to see it expand to meet the needs of the diverse segments of our community. As an employer of skilled labor in his business, he recognizes the importance of access to traditional college education and workforce programs. He also understands that a sound educational institution is built on sound financial footings. He says education is the ‘biggest tool in the box’ when it comes to supplying the skilled workforce necessary to support our local economy.

Active in local community issues for many years, Glaser has worked with state legislators and lobbyists in order to extend deed restrictions for his neighborhood, without creating a POA. He has also worked with others to prevent encroachment and development around established residential areas and fought against implementation of regressive taxes and fees on taxpayers and homeowners.

Glaser earned both BA and BS degrees from the University of Texas at Austin, while also attending summer-school classes at HCC. He later earned a Masters of Business Administration (MBA) from the University of St. Thomas, where he met his wife of 20 years, Janice. They have two sons and a daughter and have lived in their current home for more than 15 years.

Dr. Melissa N. Gonzalez is currently the Chief of Staff for Houston Community College Chancellor, Dr. Cesar Maldonado. Prior to her position at HCC, Dr. Gonzalez was Vice Chancellor of Workforce and Economic Development at Lone Star College in Houston, TX. Dr. Gonzalez is also an adjunct professor at the University of Houston- Downtown, teaching courses in Management. Dr. Melissa N. Gonzalez is from Alamo, TX in the Rio Grande Valley. Growing up in the Valley, Dr. Gonzalez was faced with the predetermined pathway traveled so often by Hispanic females. The repeated cycle of poverty was finally halted when her parents made one single decision that would change not only their lives but the lives of generations to come. Their single decision was of enrolling and earning their GED. Dr. Gonzalez future was now on a different path. She graduated from P.S.J.A. High School and earned her BBA in Finance, MBA, and a Ph.D. in International Business Management from the University of Texas-Pan American. While a graduate student, Dr. Gonzalez started her teaching career by becoming a GED instructor for a Region VI program targeted for single mothers in the Rio Grande Valley. Her passion for helping individuals fulfill their dreams and change their lives became a personal journey and mission. After earning her Ph.D., Dr. Gonzalez was a tenured Associate Professor of Management at the University of Houston- Clear Lake. While a professor, Dr. Gonzalez voluntarily started a GED program and Computer Skills class for the maintenance staff. She figured an institution of higher education needs to help their own employees by educating them to improve their education and economic levels. Through this program, Dr. Gonzalez witnessed maintenance employees earn their GED and take on full-time clerical staff positions at the university and also continue their education at the near-by community college. Dr. Gonzalez believes the importance of education is apparent and it is the responsibility of all to bring awareness of the vast opportunities to individuals who are part of educationally disadvantaged communities. In the community, Dr. Gonzalez is on the Board of Directors of the Texas Association of Women in Higher Education, Near Northwest Management District, Montgomery County Hispanic Chamber, Neighborhood Centers Leadership Committee, and FIRST Robotics of Houston. She is also a member of the Mayor’s Advisory Board for International Trade and Development. Dr. Gonzalez has presented in hundreds of academic and community events in the subject of international business management, higher education, women’s career paths, and topics related to the Hispanic community. Dr. Gonzalez has held leadership positions in various academic and professional associations and has received numerous honors and awards for her continuing commitment to education and assisting the Hispanic community.

Ms. Hoesl has practiced law in Houston, Texas, since 2003, developing a broad commercial litigation practice concerning matters ranging from contract disputes to fiduciary litigation.  She has argued before the First Court of Appeals in Houston and before the Supreme Court of Texas. Outside of litigation, Ms. Hoesl drafts and probates wills.  For her commercial clients, Ms. Hoesl drafts employment agreements, asset purchase documents, and other commercial contracts in a wide range of industries from commercial real estate to the oil patch.  In 2014, Ms. Hoesl ran as a candidate for Harris County probate judge on the Democratic Party ticket.  Although she did not win that election, the campaign process was eye-opening in so many ways, convincing Ms. Hoesl that civic engagement was the key to political success.  She started advocating the importance of exercising our right to vote by speaking to youth in the Harris County Children’s Protective Services and before the Houston Commission on Disabilities. Ms. Hoesl earned her Doctor of Jurisprudence degree from the University of Houston Law Center (summa cum laude) after first earning her bachelor’s degree at The University of Texas at Austin (with high honors) and her Master’s Degree in Human Factors Psychology at Rice University.  Ms. Hoesl lives in Friendswood, Texas, with her husband and two children. 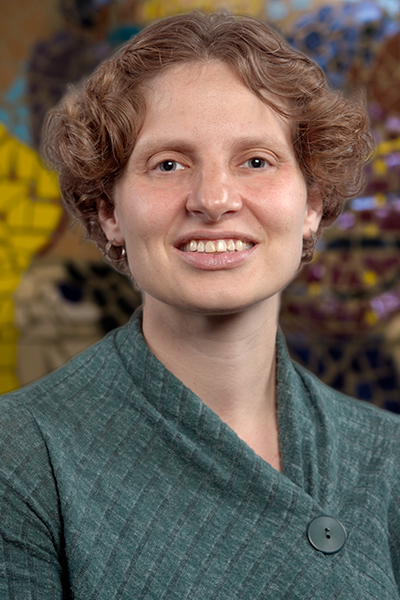 Ingrid Phlegm Purvis is a native Houstonian who graduated from Spring High School in 1982. She received a division I scholarship to play basketball at Texas State University. After her tenure at TXST, she coached girls’ basketball and taught English at Kimball High School for Dallas Independent School District, while also serving in the United States Air Force Reserve.

In 2000, Ingrid sought another career as a police officer for Southlake Department of Public Safety, eventually becoming a school resource officer and a criminal investigator for 7 years. During these years, Ms. Purvis obtained a Masters of Education Administration from Texas Woman’s University. She used her Masters of Education to become an assistant principal for Gainesville Independent School District and in 2014, became a principal for Huntsville ISD. Ingrid has been a Reading Intervention Instructor for Aldine Independent High School for the last three years. Ingrid Phlegm Purvis has served urban youth at public institutions for 25 years. She believes that the present system of education must significantly upgrade to effectively serve the youth of the 21st century

Dr. Diane Trautman, a life-long Texan and Houstonian, was elected as an At- Large, Countywide board member on the Harris County Board of Education in 2012 for a 6 year term. During that time, she has served as board Vice President, Chair of the Adult Education committee, and Chair of the Head Start policy council. Along with the rest of the board, she has hired a new superintendent, presided over a 90 million dollar budget, and understands that as a public servant, she works for the people of Harris County and not the other way around.  Dr. Trautman has always believed that as an elected official, she should make government work for the individual. While on the board, she supported federal grants that maximized your tax dollars resulting in savings for the school districts and the taxpayers.

Her past work experience includes tenures as Asst. Professor of Education at both Sam Houston State and Stephen F. Austin State universities.  She has worked as a Teacher in both Houston and Humble ISDs and a Principal in Conroe and Tomball ISDs. Prior to her work in the field of education, she worked in the banking industry at both Texas Commerce Bank (Trust Asset Management) and First City National Bank (Energy Lending).

Dr. Trautman holds a Bachelor's degree in English and a Masters degree in Secondary Education, both from the University of Houston. She also earned a Doctorate degree in Educational Leadership from Sam Houston State University where she received the Morphet Award for her dissertation developing a new leadership theory.