Diana Richardson was elected to the state Assembly on May 6, 2015. She represents the 43rd Assembly District in Brooklyn, which includes the neighborhoods of Crown Heights, Prospect Lefferts Gardens, Wingate and East Flatbush. She is a first generation native of Crown Heights, Brooklyn of West Indian descent. With a strong passion for community, Diana has worked to improve the overall welfare of her neighbors through raising awareness on key issues such as housing, juvenile justice, and criminal justice reform. Diana is a member on the Assembly standing committees on Banks, Children and Families, Corporations, Authorities and Commissions, Mental Health, Small Business, Women’s Caucus, and The Black, Puerto Rican, Hispanic, and Asian Legislative Caucus where she holds an executive role on its sub-committee for women of color as Secretary. While earning her Bachelor’s Degree in Public Administration at CUNY Medgar Evers College, Diana discovered her passion for public service and it was clear that community empowerment would be her central focus. Diana later obtained a Master’s in Public Administration degree with a concentration in Policy Analysis and Evaluation from the School of Public Affairs at CUNY Baruch College. She began her career in the New York State Senate serving as the Director of Constituent Affairs in the office of Senator Kevin Parker of the 21st Senatorial District. This experience enabled Diana to master managing key relationships with community-based organizations, state and city agencies, faith-based communities and other key district stakeholders. Prior to her election as Assemblymember, Diana used her program development and advocacy skills for a position as Director of Government Relations with Boys Town New York; a nearly century old national youth and family service organization dedicated to changing the way America cares for children and families. In her position with Boys Town, she represented the agency and gained a wide range of support and partnership within the community and with government officials. Diana worked diligently to enhance the brand of Boys Town with her advocacy of at-risk youth and their families. In addition to raising brand awareness, Diana relentlessly worked to secure the safety and security for the New York City’s most vulnerable youth. Her ability to build relationships throughout New York City and garner civic engagement in various districts ensured the success of the organization and the community at large. Not only does Diana serve the public in her professional capacity, she has served the community as an Executive Member of Brooklyn’s Community Board 9 and the American Society of Public Administration. Her son, Isaac Bowen Jr., is 12 years old and according to Richardson, is her greatest accomplishment. 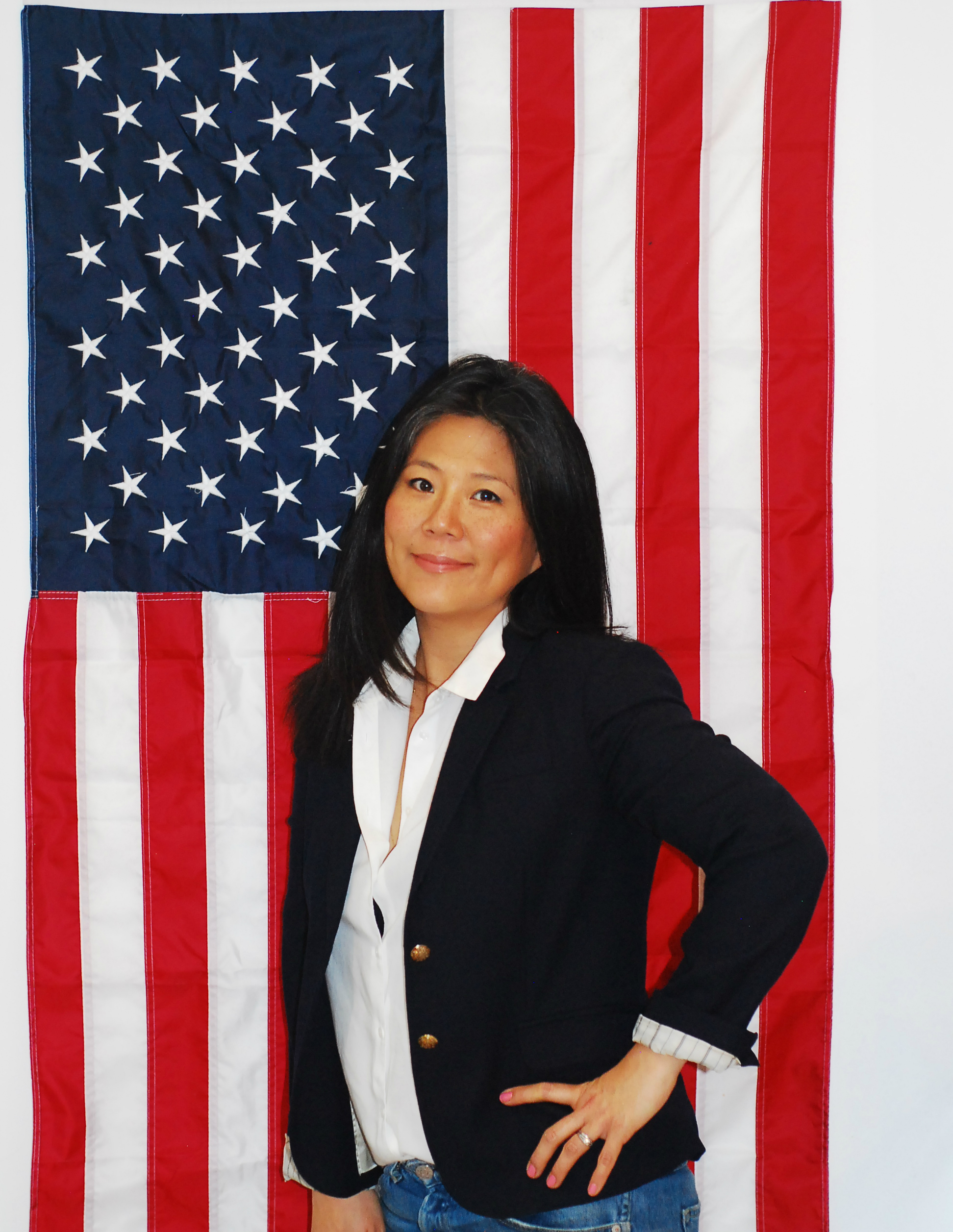 Kathy is inspired by Former President Barack Obama's idea that one voice can change a room.  She tries to remember that her voice and sometimes just her presence as a woman and a Korean American immigrant in the room or at the table matters. One year ago, Kathy ran to become one of the elected members of CEC15, the state-mandated public body that represents the 35,000 students and families of School District 15 in Brooklyn. She ran alongside a record 46 candidates and is excited to share her tips for getting elected to a CEC next year when the elections take place across New York City. Kathy says she is an elected official not to brag that all of nine people voted for her, but to convey that she feels a sense of accountability to represent the public school families of District 15. No matter how many people voted, all CEC15 members took on a responsibility to represent all of district 15's families. Kathy hopes you are fired up by today's bootcamp.

Kristen Gonzalez is a proud daughter of immigrants, a passionate activist, and a community advocate. She was born and raised in single parent household in Elmhurst, Queens, which sparked her interest in empowering immigrant communities and working families. Kristen attended Columbia University where she earned a degree in Political Science and Race and Ethnicity Studies, and wrote her senior thesis on expanding political opportunities for young women of color. During her time at Columbia, Kristen served as President of Columbia University Democrats, and worked in the office of Senator Schumer, where she assisted the Director of the Senate Diversity Initiative. She was also part of the final intern class under the Obama Administration, where she worked on Latino engagement and reported to the Senior Deputy Director of the Office of Public Engagement at the White House. Previously, she was a member of the Young Women’s Advisory Council for New York City Council’s Young Women’s Initiative. She is excited to continue working in her community as a part of Queens Community Board 4. When she is not working, she can be found perfecting her Queens food tour by trying new restaurants, and walking her puppy, Sunny

Iwen Irene Chu, born and raised in Taiwan, received her Masters of Sociology from CUNY Brooklyn College Graduate School in 2007. After working for one of the largest Chinese-language newspapers in the U.S., Ms. Chu, as a result of her advocacy in the Brooklyn Asian community, her background in immigration issues and her passion for helping others, joined Assemblyman Peter Abbate’s office in 2013, and now acts as his District Director.

Ms. Chu’s community commitment and political involvement has also led to the opportunity to serve as the first Asian-American President of the Stars and Stripes Democratic Club of Assembly District 49 since 2016. She is also a member of Brooklyn Community Board 11 and a council member for Community Education Council District 20. Above all, Ms. Chu is most proud to be a loving wife and a mother of a beautiful nine year old daughter.

Rebeca is a junior at Brooklyn College majoring in Sociology, and double minoring in Law and Society and Criminal Justice. Rebeca is Vice President of the Women of Color organization,  treasurer of the National Black Law Students Association and club connector of the NAACP Chapter. Moreover, Rebeca serves as a Brooklyn College Study Abroad Ambassador, SEEK Student Ambassador and as an active member of the Black and Latino Male Initiative and the Collegiate Science and Technology Entry Program. Rebeca was recently elected to serve as a Brooklyn College CLAS Assembly member and  University Student Senate Alternate Delegate for the 2018-19 school year. Rebeca is passionate about advocacy and is a participant of the Ernesto Malave Leadership Academy, 2018 Model Senate Session and United Leaders of CUNY. Follow her journey at @LafondRebeca

Victoria is a junior at The Berkeley Carroll School, and a Prep for Prep alum (Contingent XXXV). She grew up in a household wherediscussions often revolved around current events and contrasting political views, which is where her love for debating was born. As a member of her school’s debate team, she has broken at State and National circuit tournaments, and won top speaker on numerous occasions. When not debating, she interns or externs in the fields of law and local government, with experience in Brooklyn Family Court, Neufeld Scheck and Brustin LLP, and most recently as a campaign intern for City Councilman Keith Powers. Victoria hopes to learn more about the inner workings of local and federal government to support legislation that aims to achieve equality and safety for all people in the United States.

Born and raised in Brooklyn, New York, Kathleen is the proud mother of two young children. A life-long activist, Kathleen began organizing as a student at SUNY Albany where she served as the President of the Albany State University Black Alliance, on the SUNY Student Assembly, and the US Student Association. Kathleen returned home to East Flatbush, where she began her career in marketing and communications, and transferred to NYU to pursue a degree in Organizational Behavior and Communications. For nearly two decades she enjoyed a successful career working for non-profit organizations including New York University, and Wyckoff Hospital. Kathleen has always answered the call to serve. Having survived the World Trade Center bombing, she volunteered for the call center after the towers fell on 9/11, using her foreign language skills in French, Spanish and Haitian Kreyol to assist the families of her former co-workers at Windows on the World. An active member of her community, Kathleen has worked with Make the Road NY and is a member of New York Communities for Change on initiatives including Build NYC, Fast Food Forward, tenant’s rights and car wash workers’ rights. She also served as a member of Brooklyn Movement Center and as an organizer for the New York Civic Engagement Table (NYCET). As a parent, Kathleen served as the DAPC Chair of Head Start, President of the PTA and later, served on the Community Education Council in District 16, including as the president. She is currently an active member of Alpha Kappa Alpha Sorority, Inc. and the advisory board of 500 Men Making a Difference, as well as the boards of Brooklyn Children’s Museum, WeeksvilleHeritage Center and Bethesda Community Services. Kathleen is a co-founder of Pearls for Her, an organization for women, and Parents for Peace. Kathleen serves on the Mayor's work group for Domestic Violence. She also led and authored the Brooklyn Borough president's domestic violence policy initiatives, including safe voting. Kathleen is currently the Director of Outreach in the Office of Brooklyn Borough President Eric L. Adams where she uses her organizing experience to positively impact the lives of the 2.6 million residents of the greatest borough in New York City.