Campaigning during the final 100 days

The 2020 general election is just around the corner! There are so many positions at stake beyond the presidency, including House and Senate seats, city council, school boards and much more. Around America, candidates are pouring time and resources into their campaigns to earn your vote. Whether you’re a candidate on your first campaign or just curious about the 100 day countdown campaign hustle, here’s a look at key activities in the home stretch. 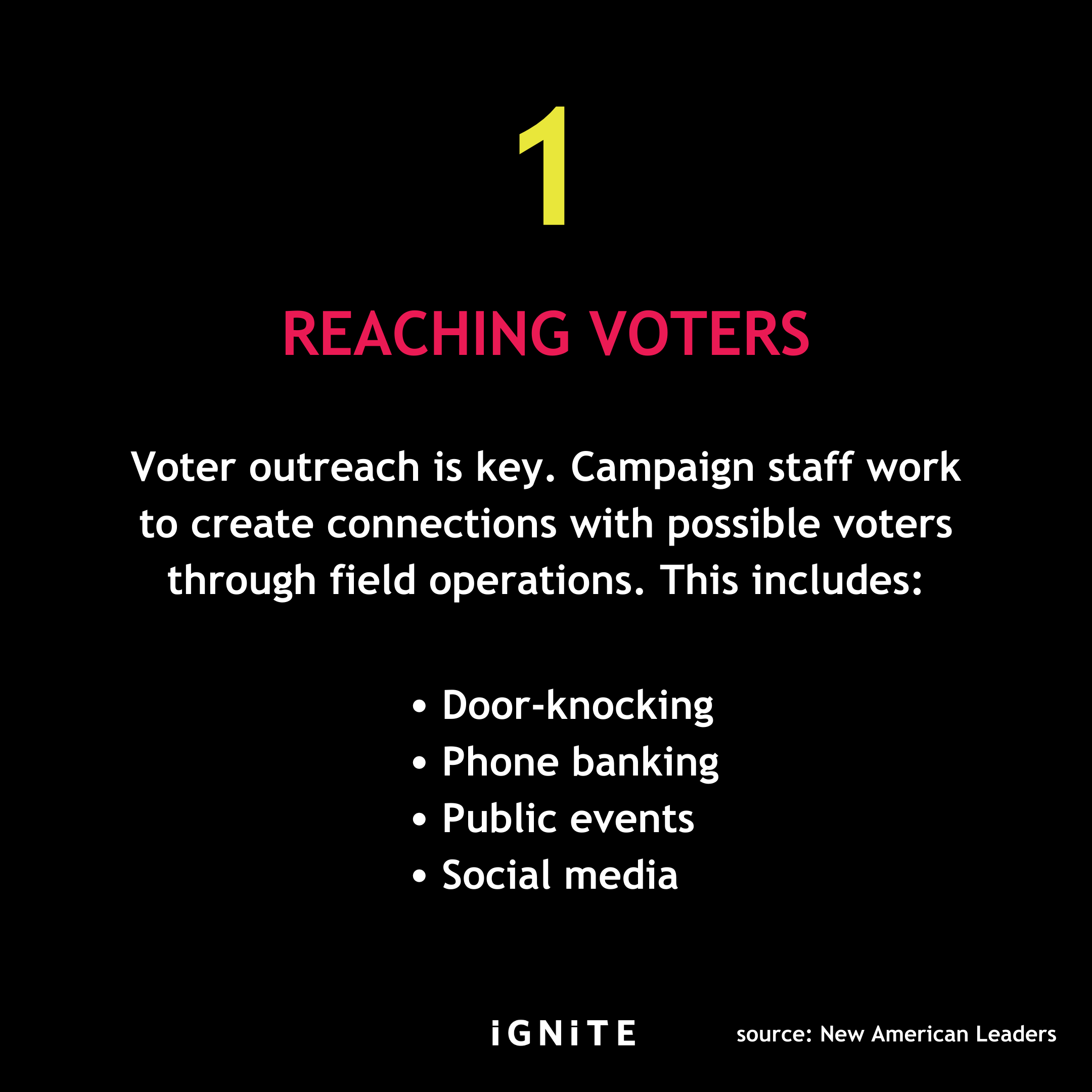 This year due to the Coronavirus voter outreach has looked different, with efforts going digital to ensure everyone’s safety. Social media is already a huge part of campaigning, but with a new reliance on digital organizing, Instagram, Tiktok, Twitter and more will play a key role in the upcoming election. Especially with Gen Z voters. 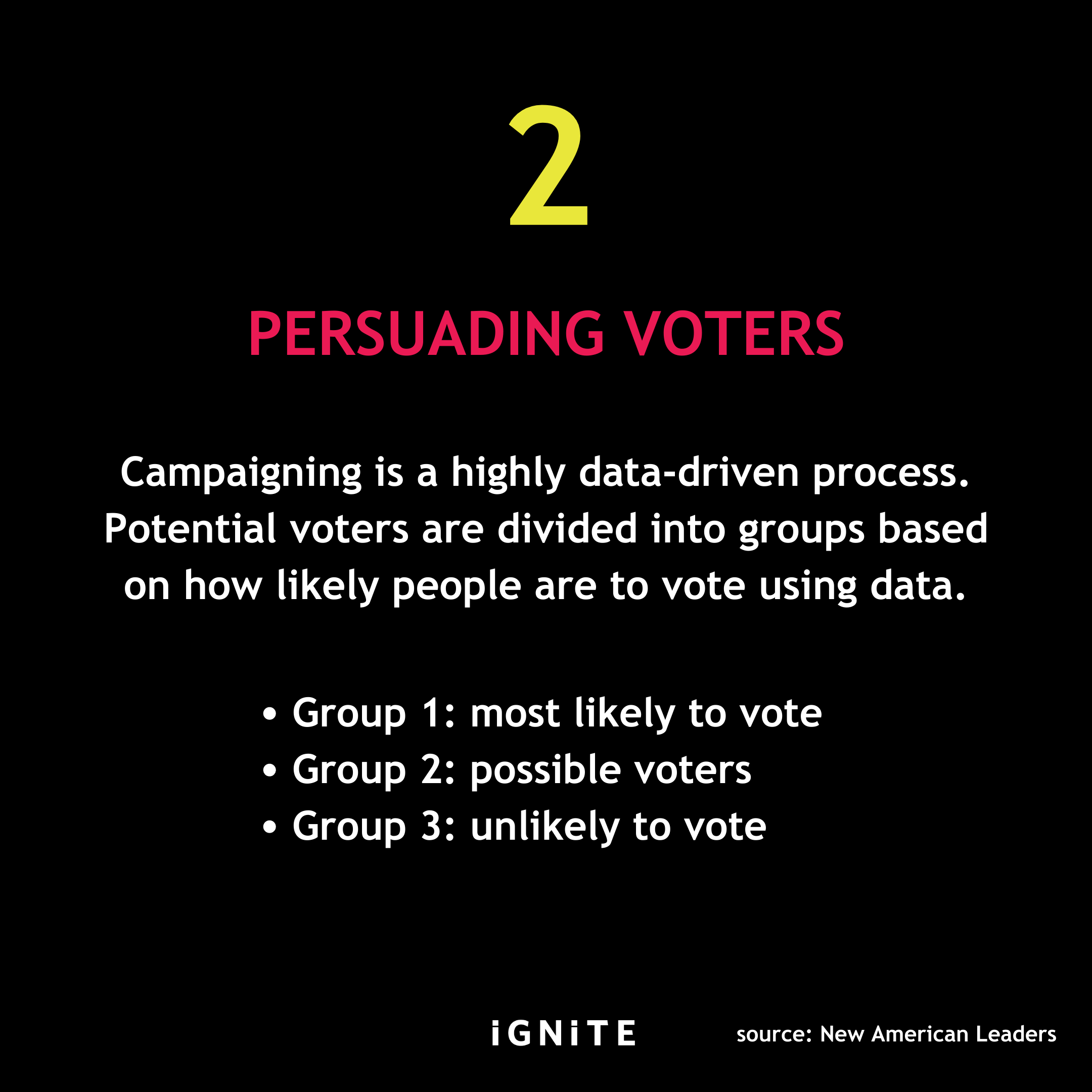 Building relationships with voters is important but only one step of many in outreach work. Next, it’s imperative that those connections are assessed to understand the likelihood of them actually voting for the candidate. Campaigning is a highly data-driven process, and those numbers affect what steps campaign team members take next. 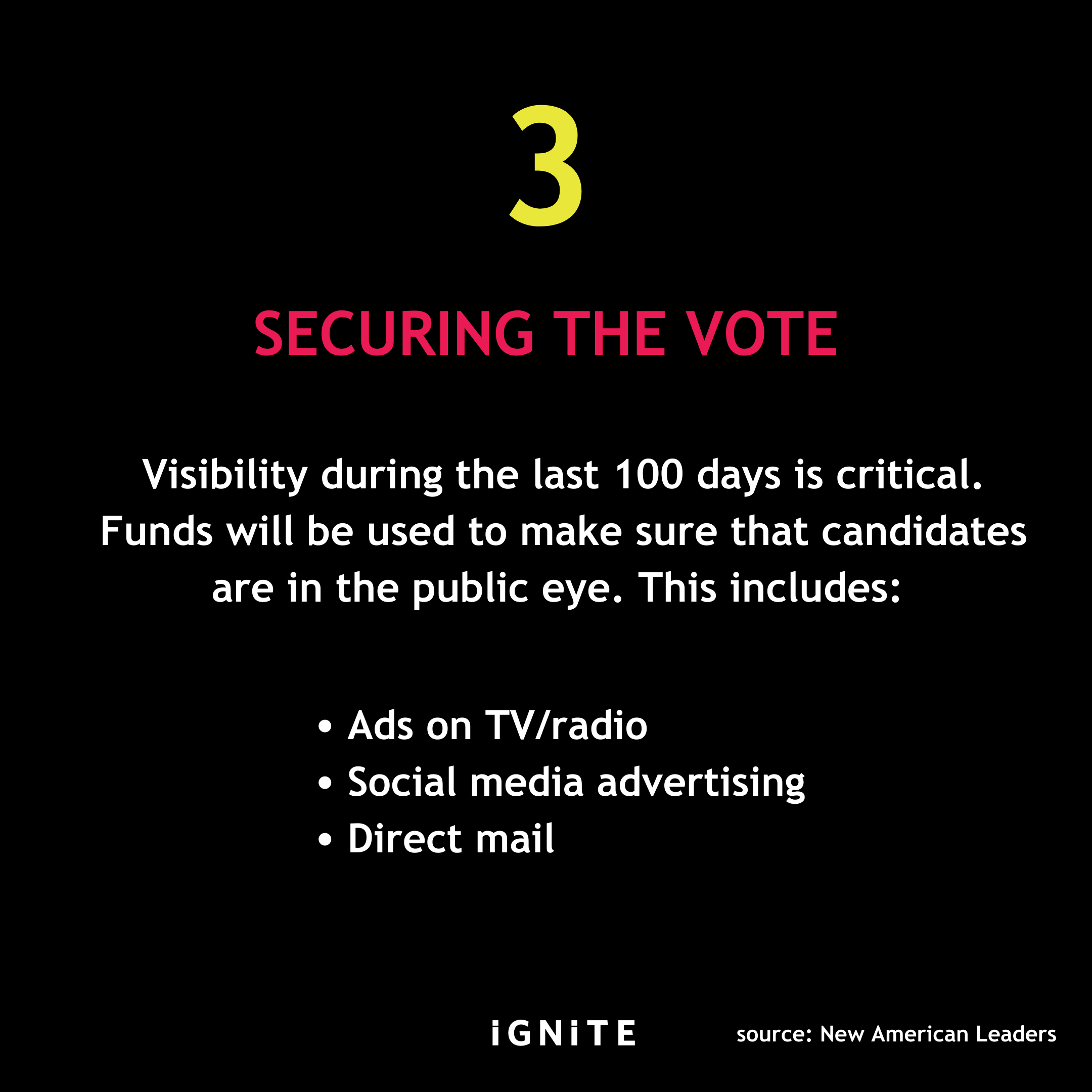 As we get closer to election day, campaigns focus on getting voters to actually cast their ballot and vote for the candidate. This is especially the case in states that allow voting by mail. And it costs money to get voters’ attention and earn their vote.

Fundraising is always a huge aspect of campaigning. Campaigns are expensive and advertising accounts for a big chunk of the budget. TV/radio ads, social media advertising and direct mail ramp up in the final days to shine a spotlight on the candidate and their policies. It’s important to stand out in the public eye, and the closer it gets to election day, the more important it is for candidates to remind people that they’re still in it to win it.

Want to learn more about political campaigns? Check out our guide on how to campaign like a boss.